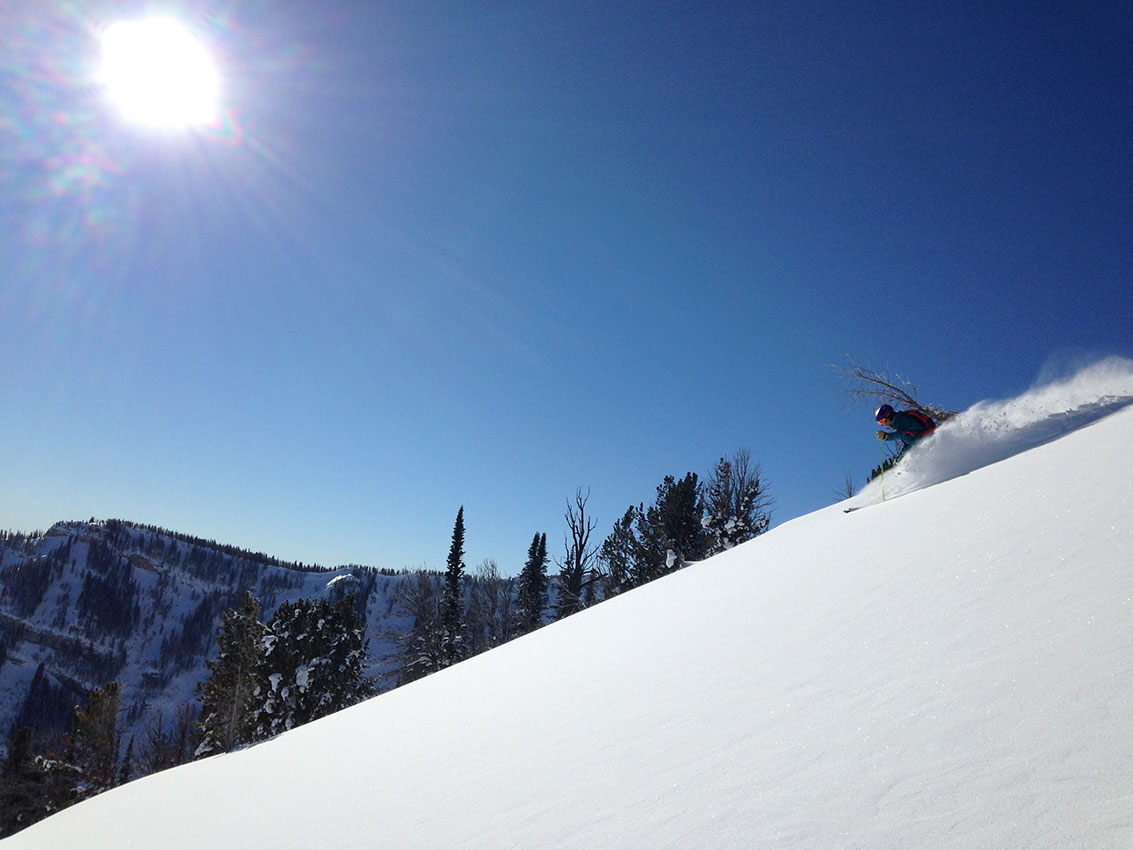 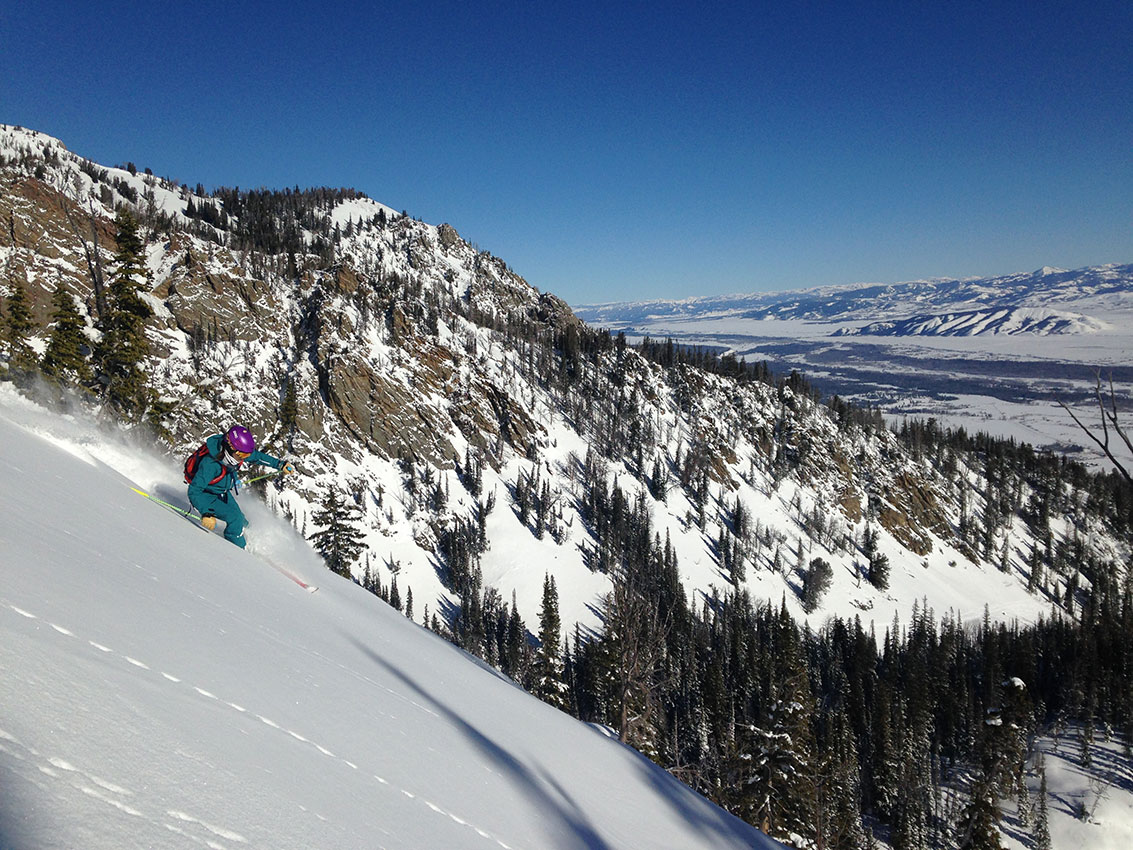 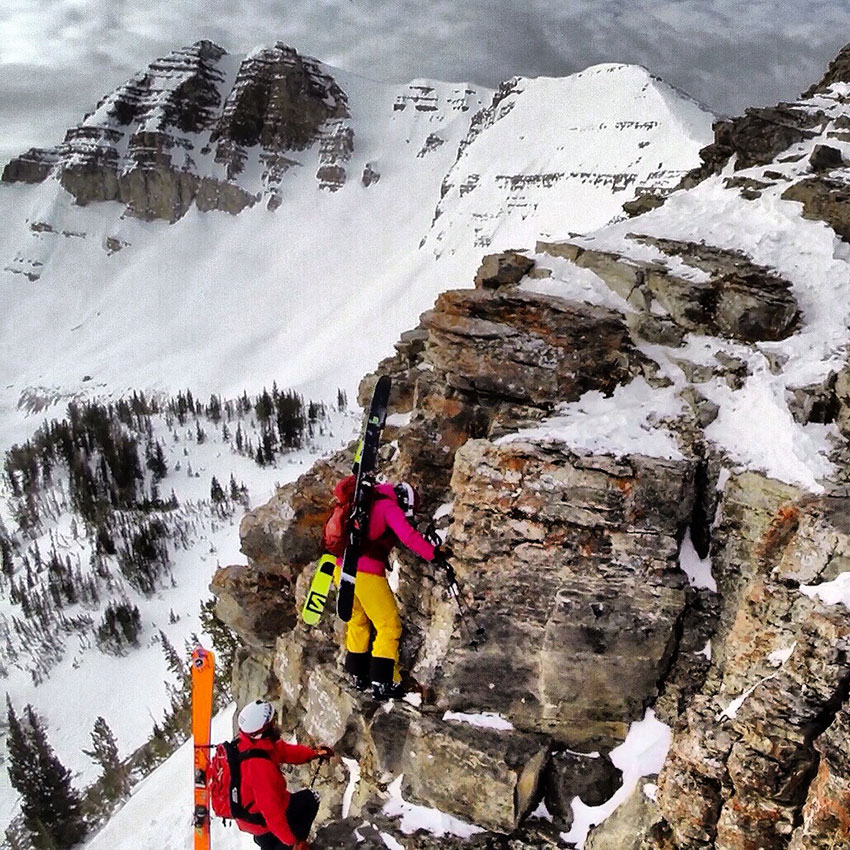 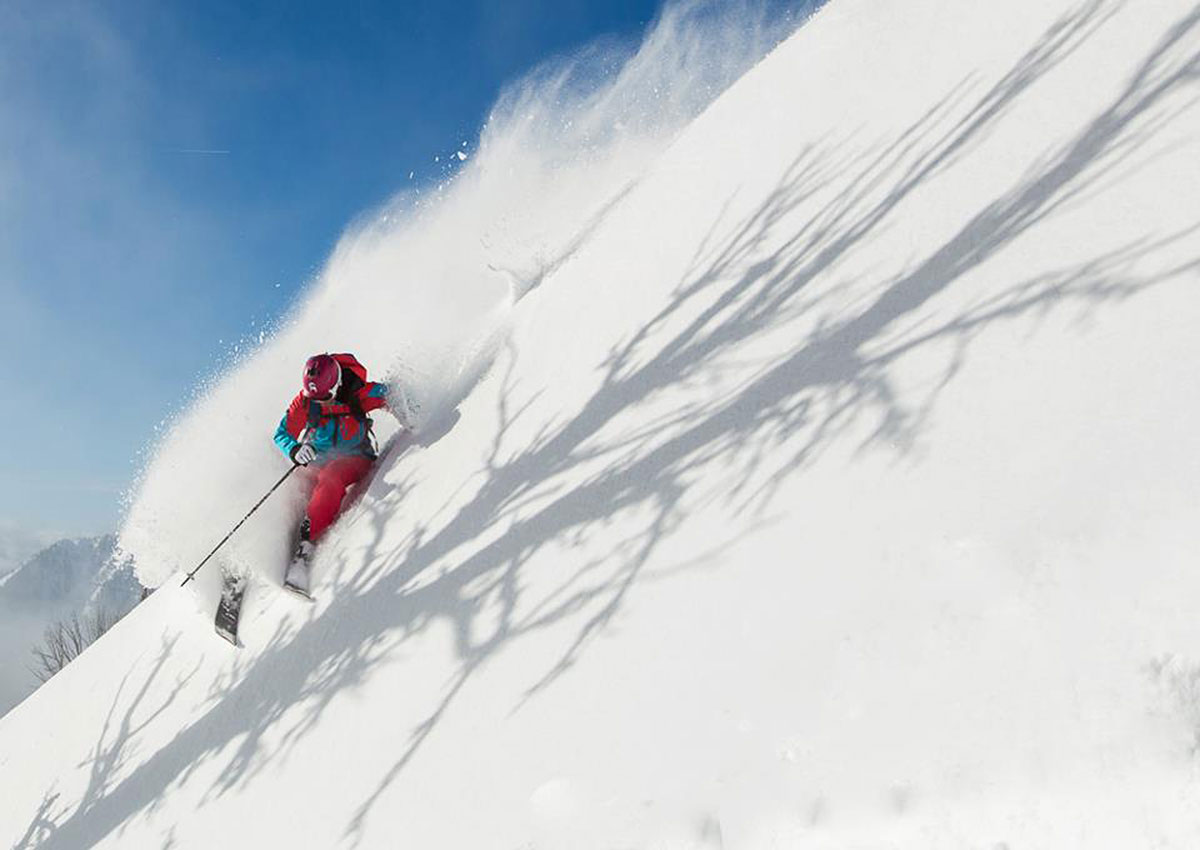 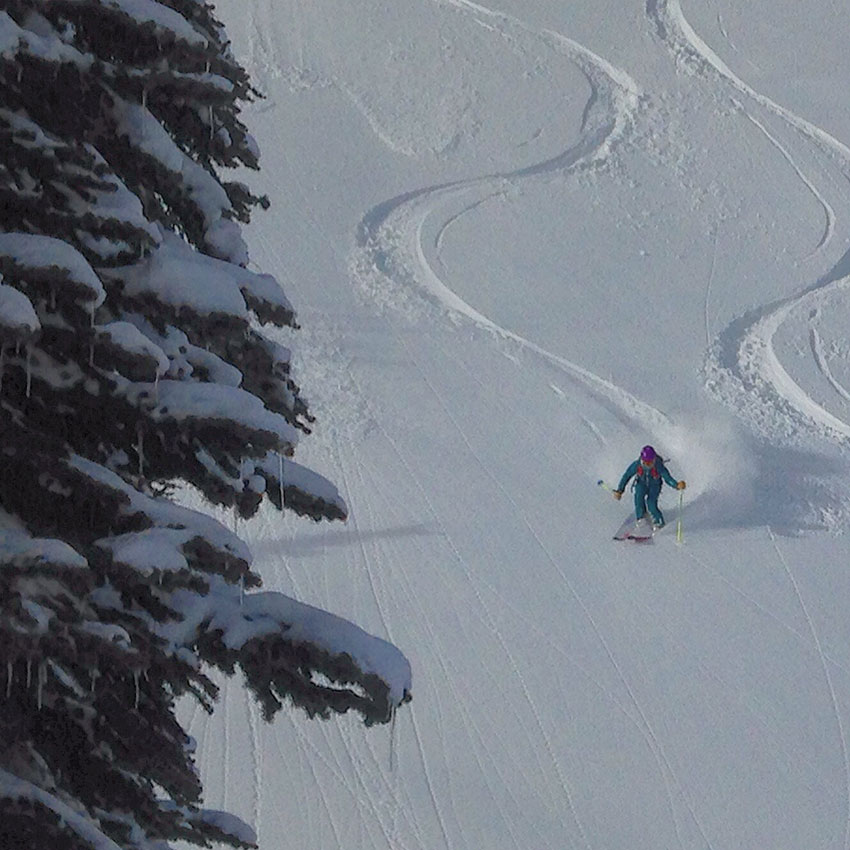 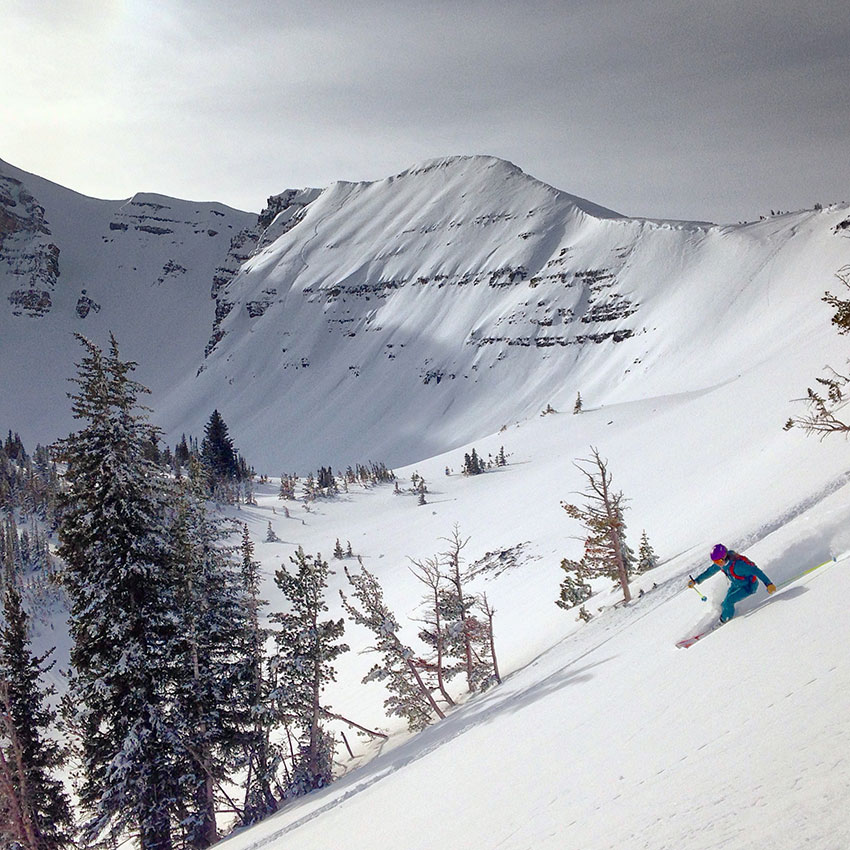 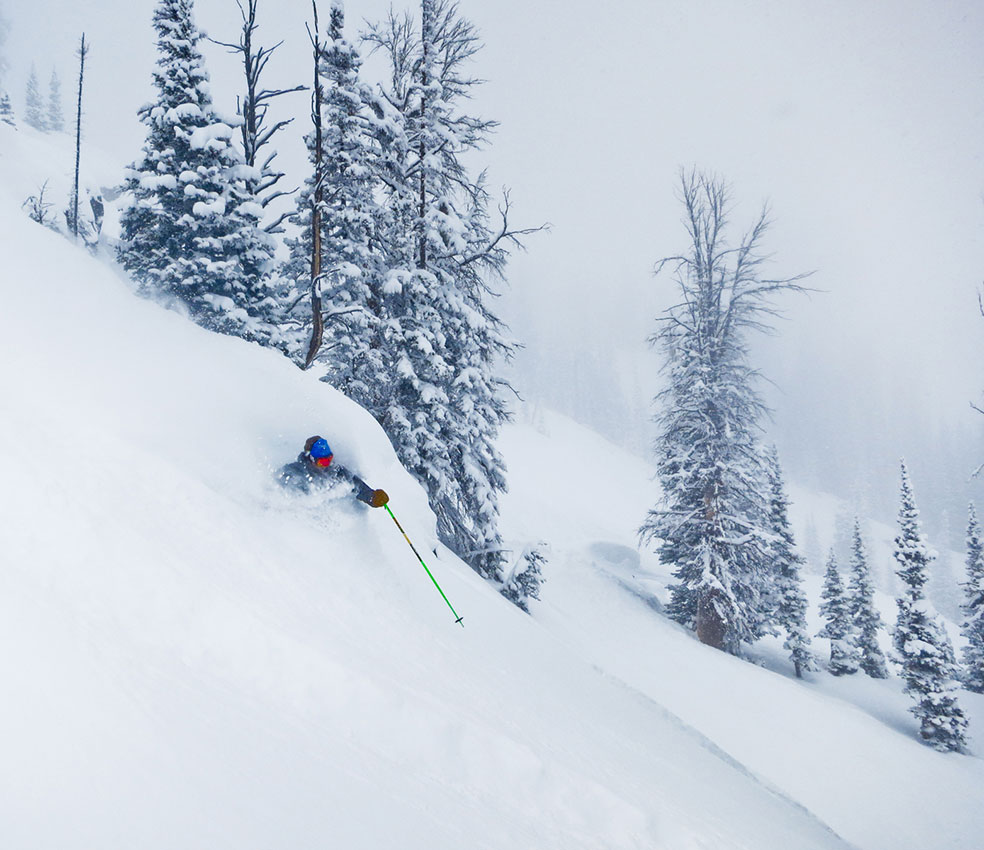 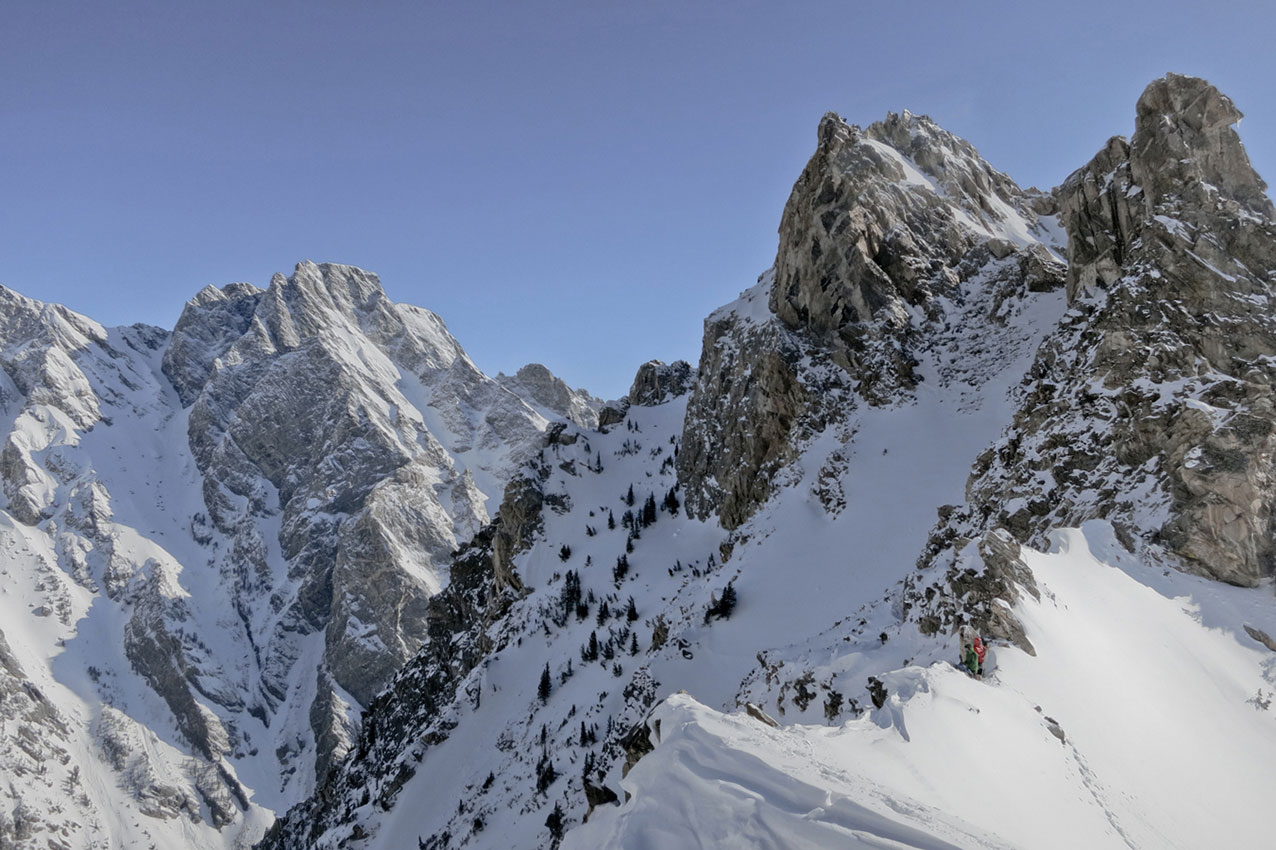 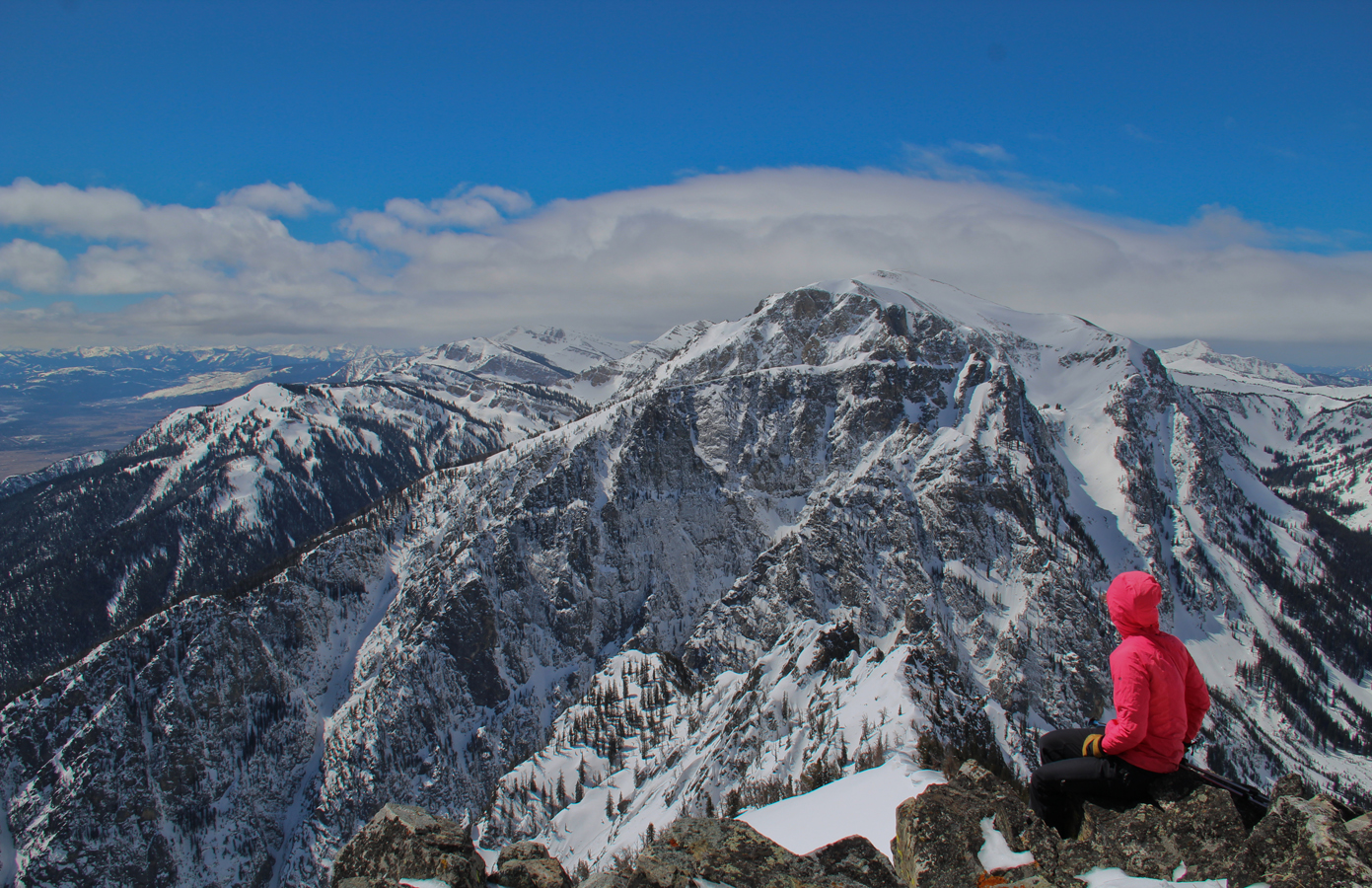 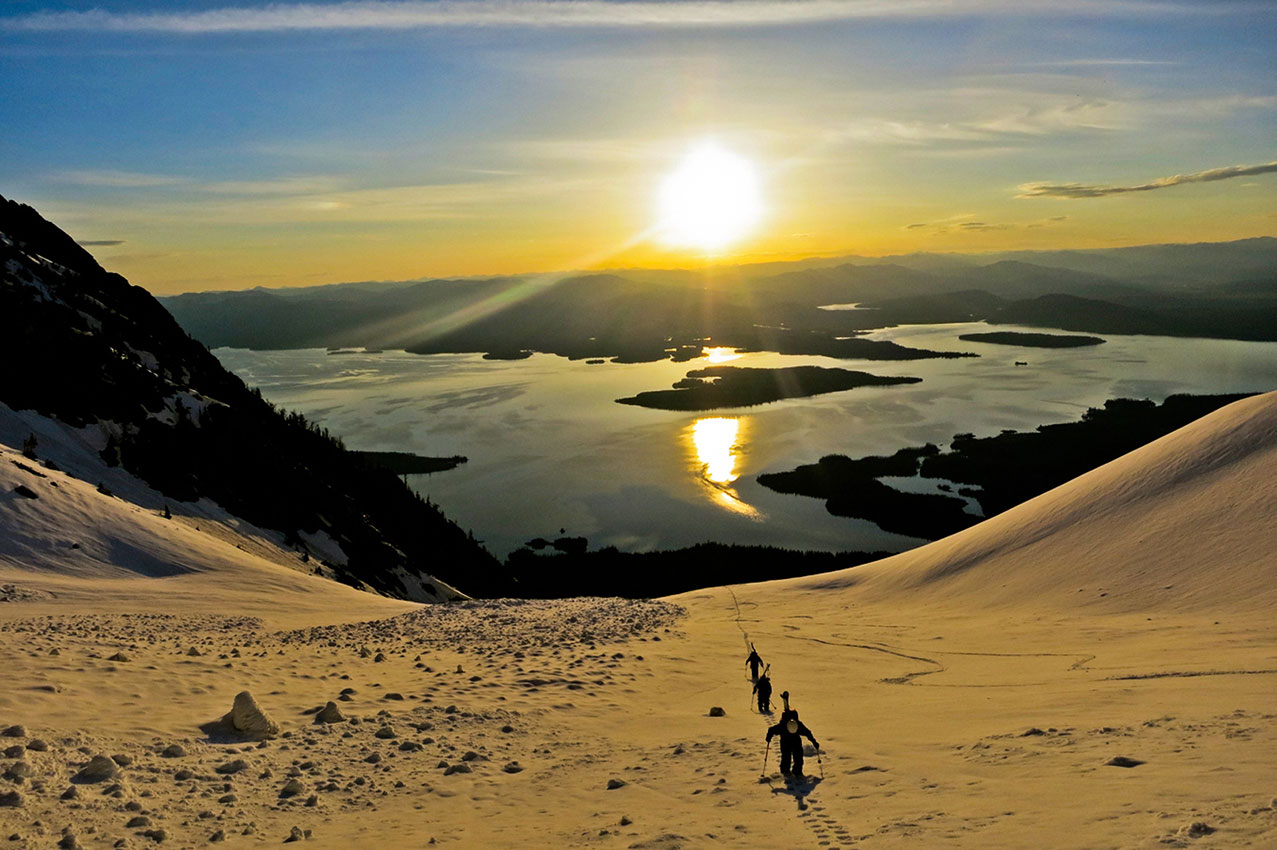 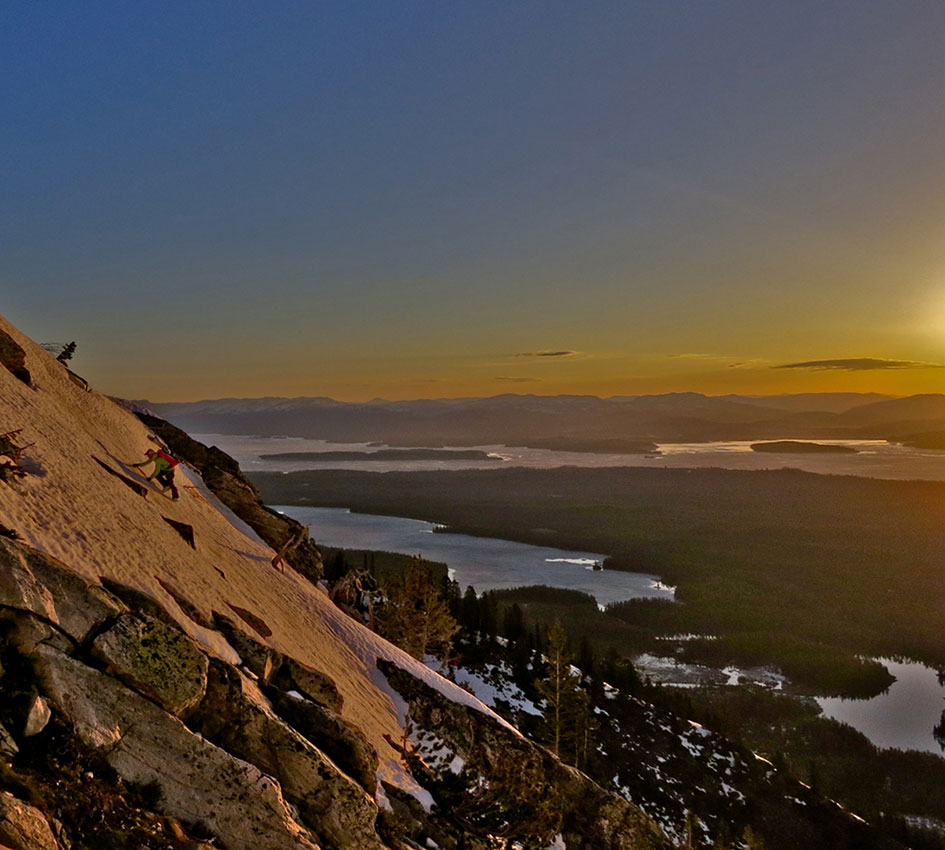 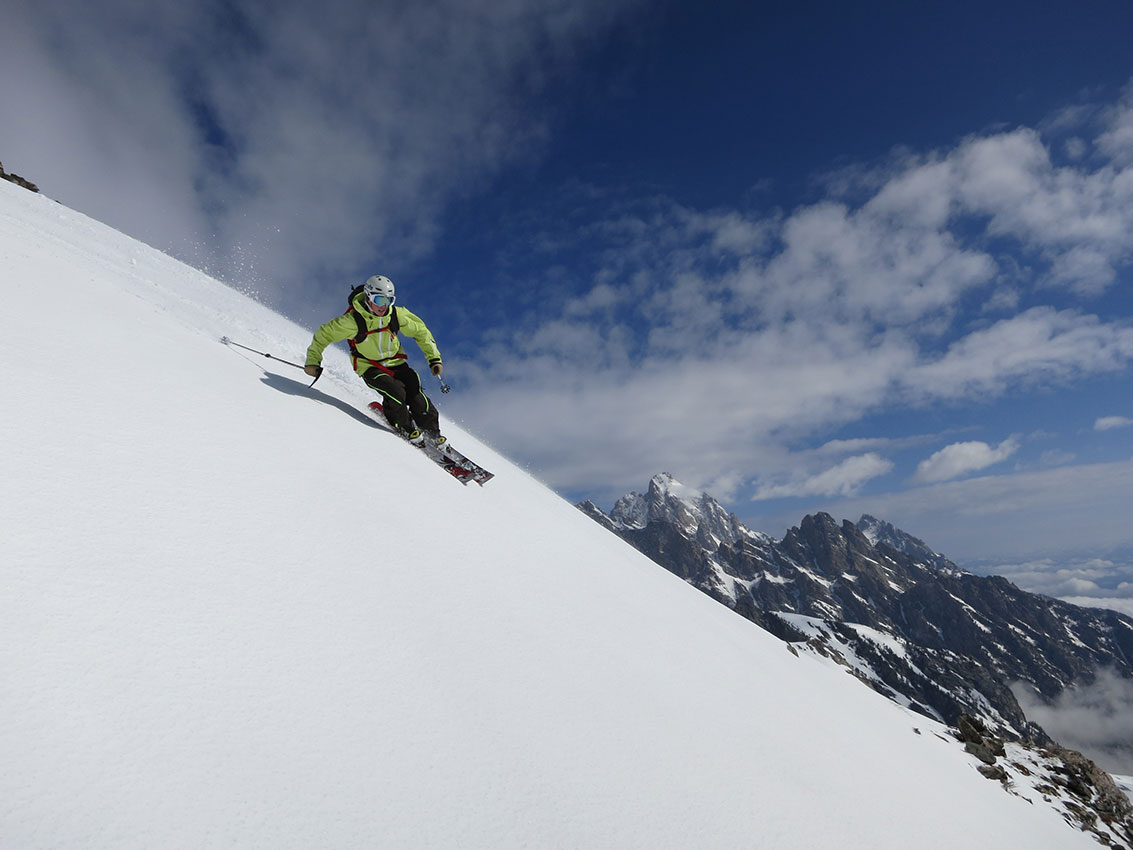 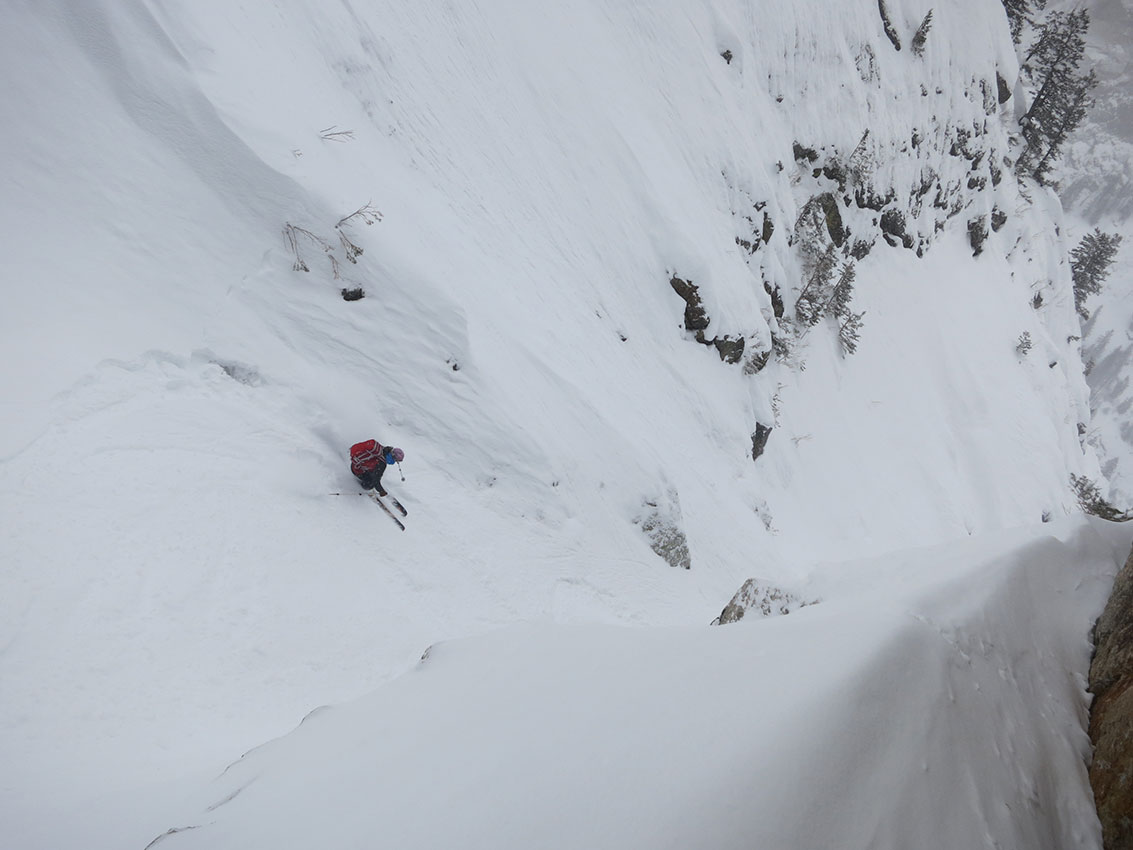 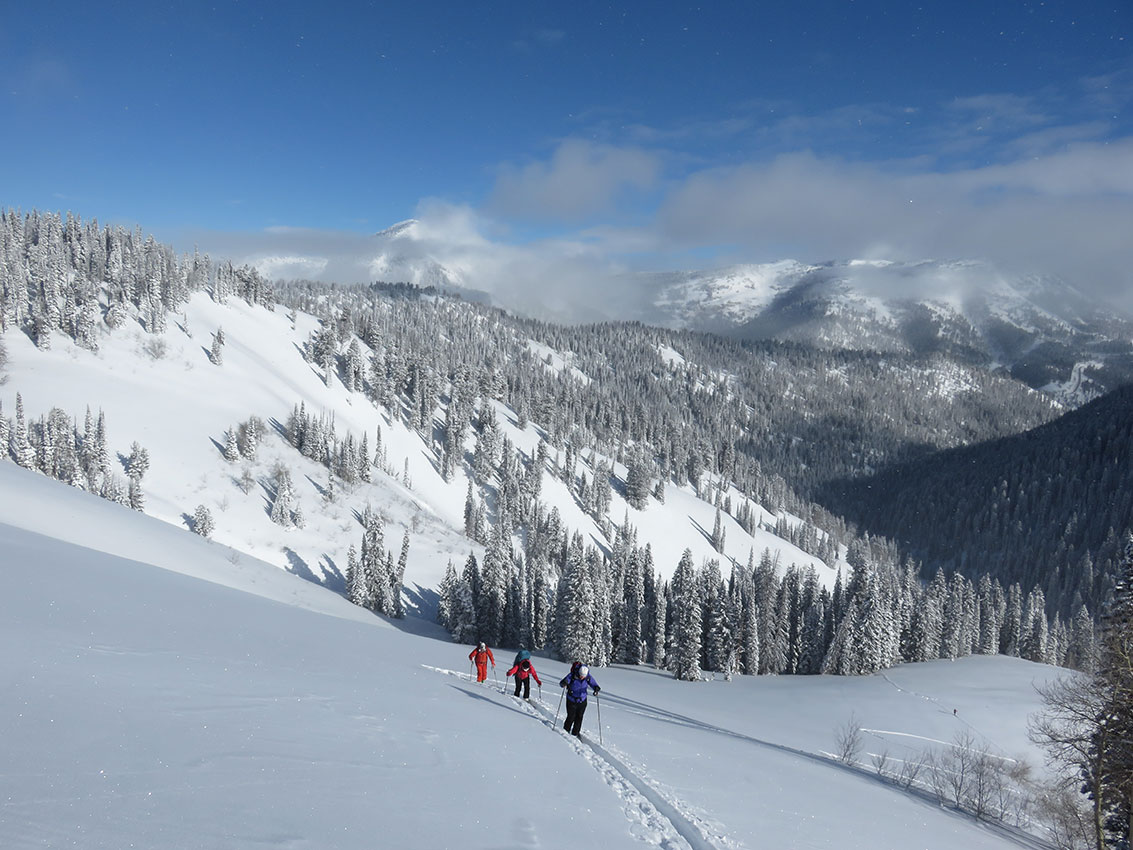 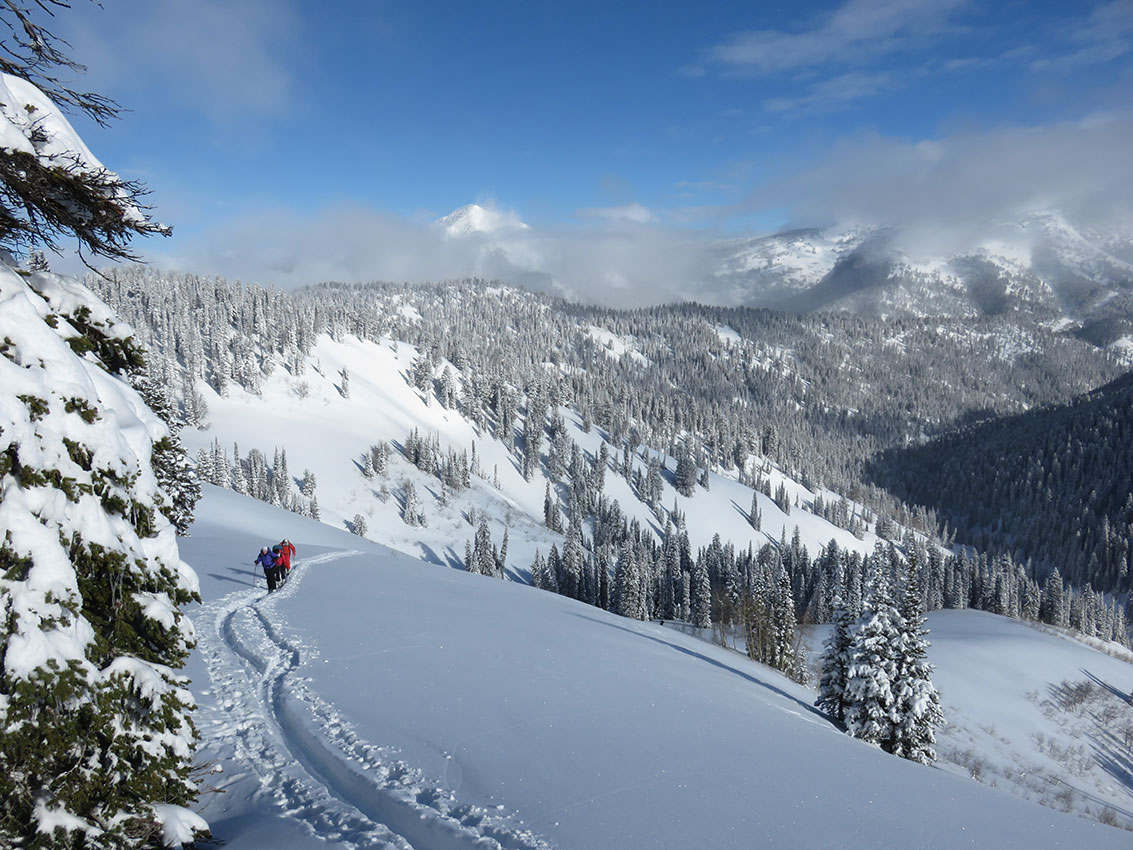 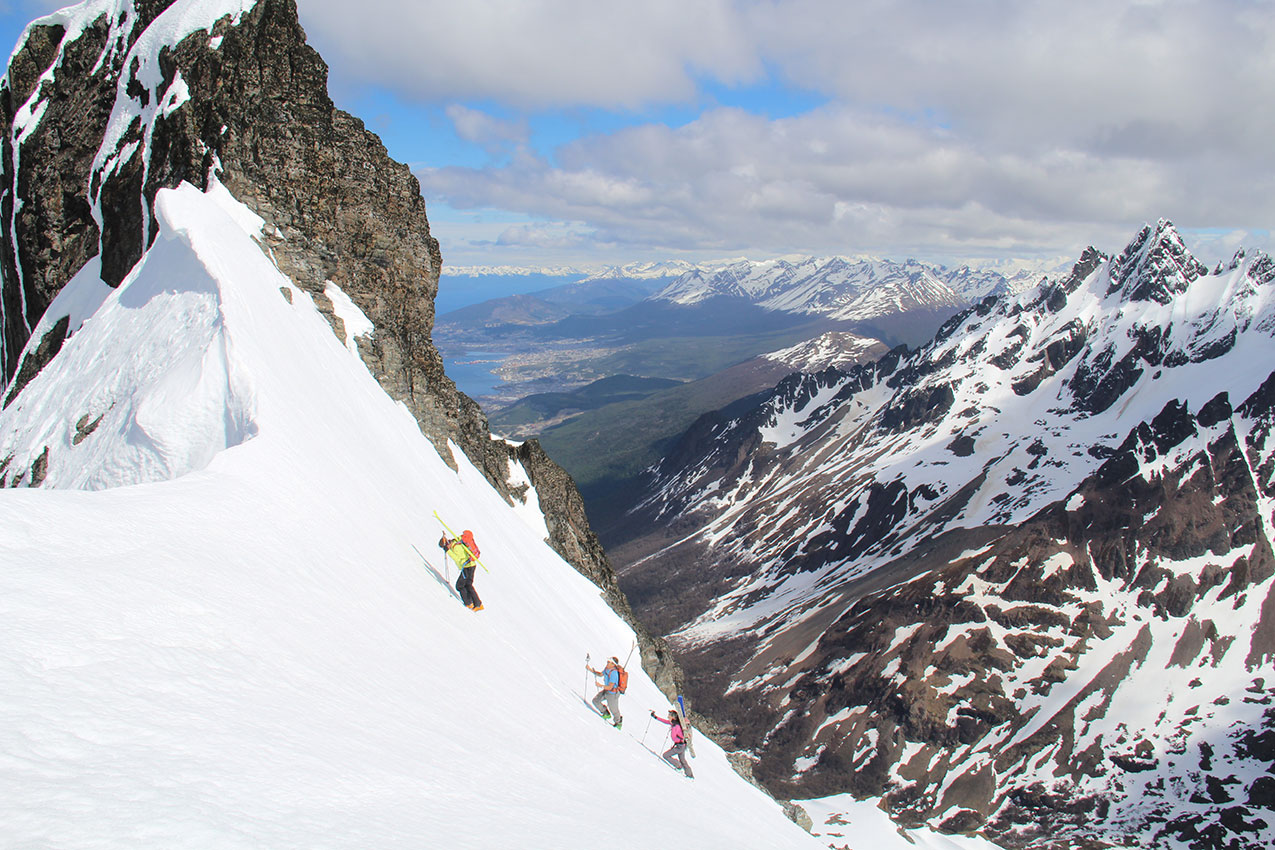 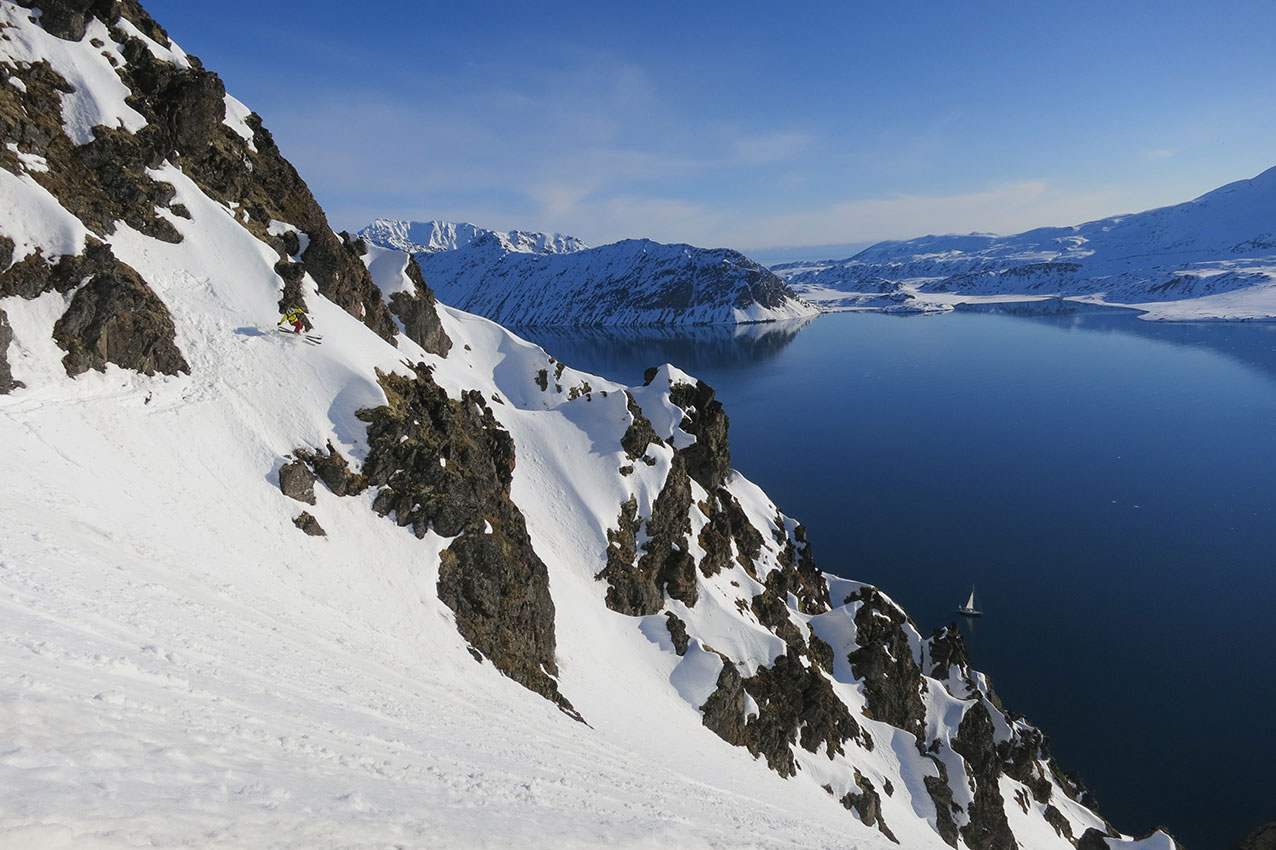 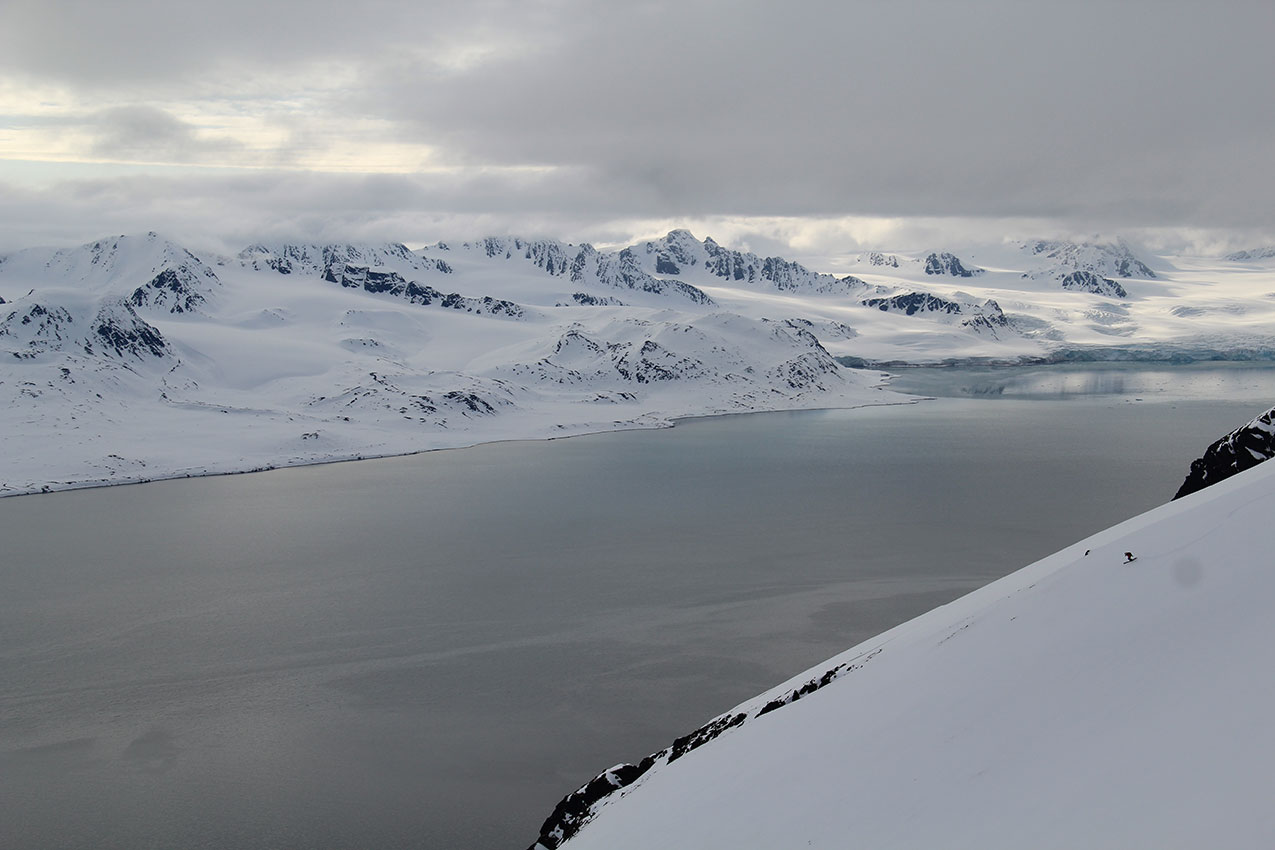 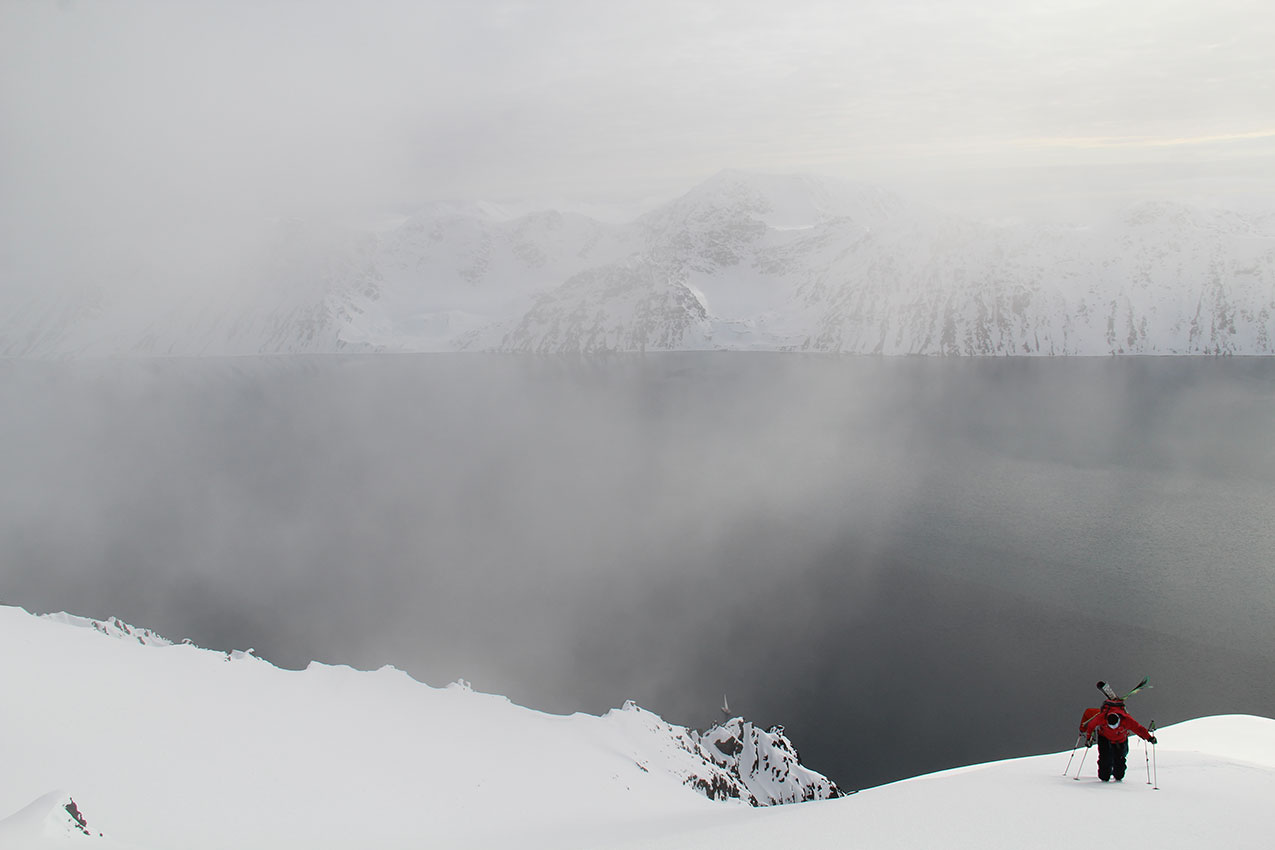 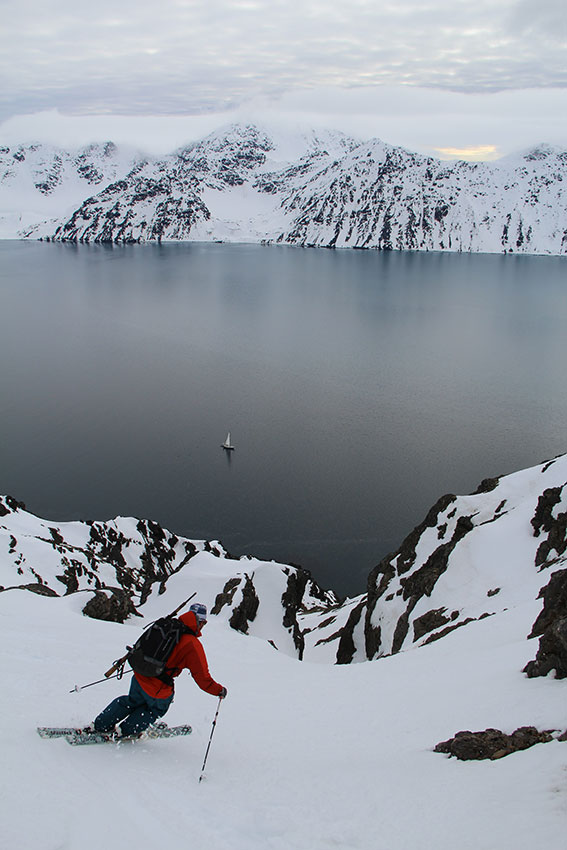 See one woman’s experience at the camp here > 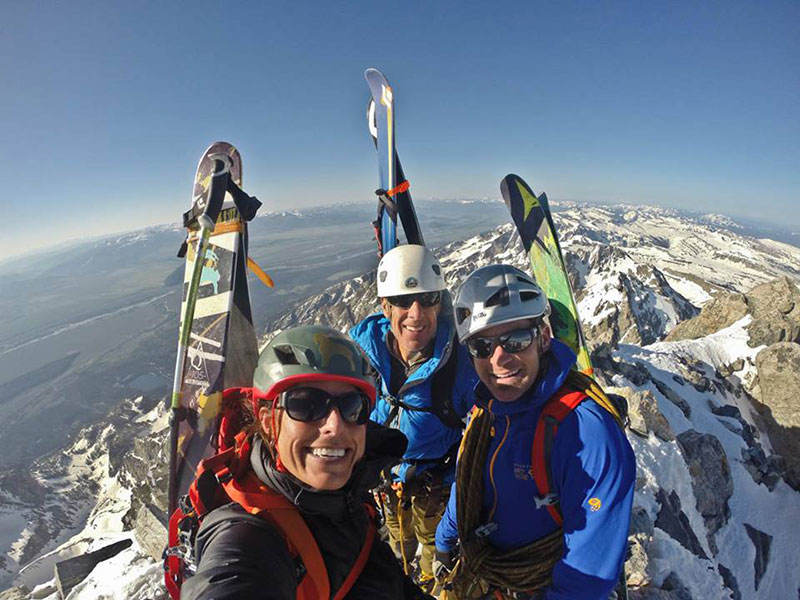 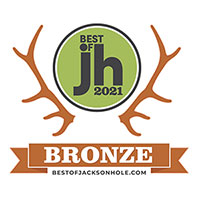 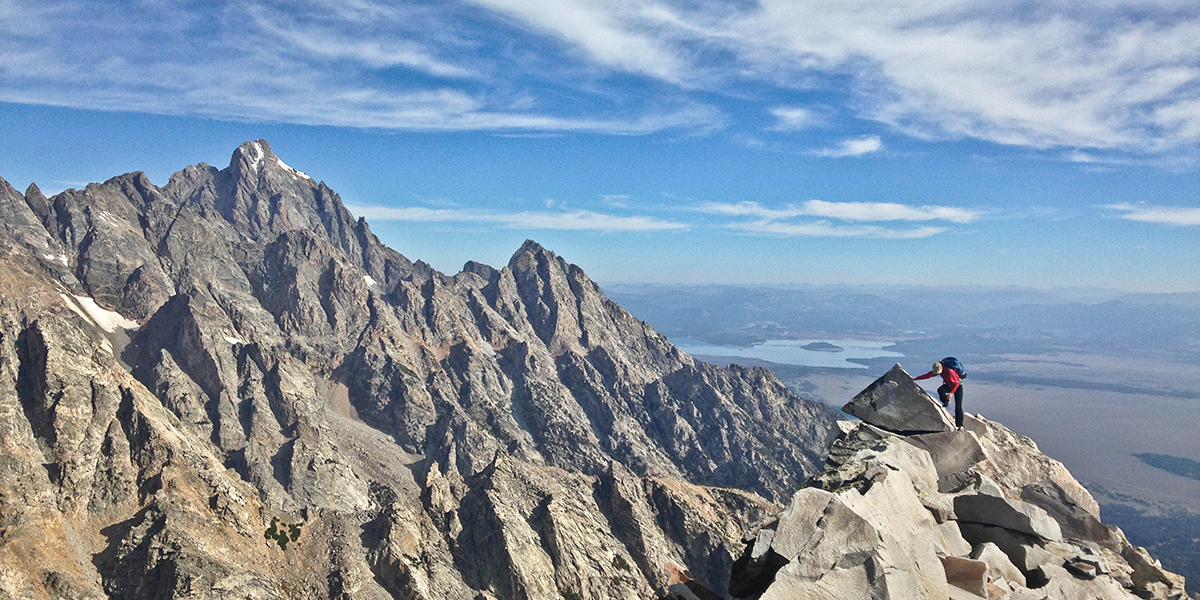 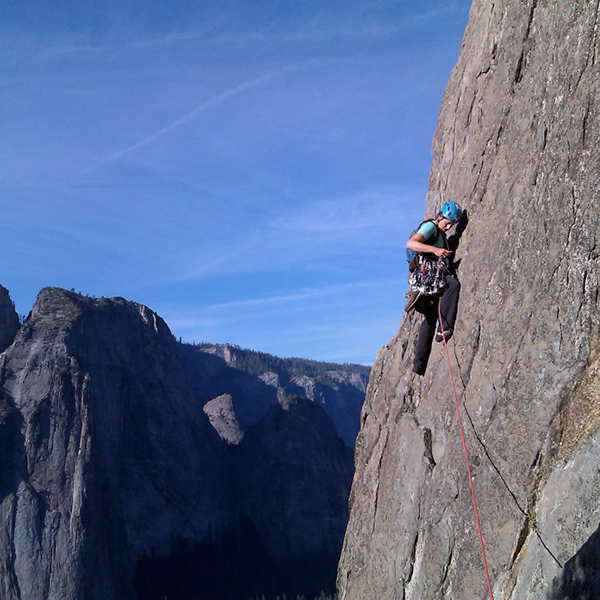 “I had an amazing opportunity to be guided by Kim to the top of the Grand Teton in early June 2014. I had already climbed the Grand by several routes but this time my desire was to ski down from the summit, which is a significant and serious undertaking. That May, I had just returned from a disastrous and disappointing attempt to climb Mt Everest and was dealing with “demons” that made me question my confidence and desire to take on additional mountaineering objectives.

I needed a challenge to “re-boot” my adventure psych and skiing the Grand seemed a worthy objective to help cure me of my funk and rid me of the demons. I went with a lot of trepidation. The prior year, I had undergone total knee replacement thus making me the first person to attempt skiing the Grand with two artificial knees. At age 61, I might also have been quite old relative to other skiers who have attempted skiing that mountain.
From the moment we met and stepped on the mountain Kim’s cheerful and ultra-positive demeanor was an instant breath of fresh air and a tremendous motivator.

Over the next two day climb and ski descent, her hooting and hollering of encouragement to me, not to mention exhibiting her own joy of being in such an amazing place, made me very comfortable and at ease. Her excitement was really contagious. I never felt tired primarily because she kept yelling to me how strong I was so how could I ever let her down? Stepping into my skis on top of the Grand was a little nerve racking as the exposure is tremendous but I knew I was in good hands. My concern turned to an adrenaline fueled sense of joy and adventure as we made our way down the steep slopes of the Ford Couloir and then transitioned to a roped rappel down the Stettner and Chevy Couloirs and then back again on skis to go down the “apron” to our base camp.